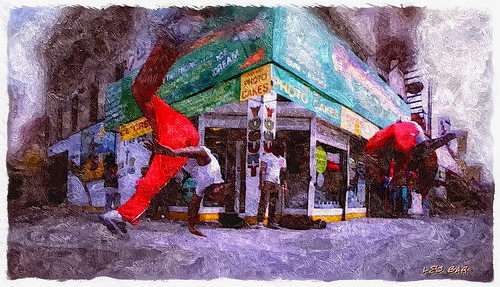 A compilation of scenes from one of the smallest and beautiful countries in South America.
Aerial shots are the property of the Ministerio de Turismo y Deporte del Uruguay – special thanks.
The still shots of bronco riding are the property of Eduardo Amorin – Many thanks.

Przewalski’s horse (pronounced / sh’e-val-skee.) Known as Equus ferus przewalskii or Dzungarian horse, is a rare and endangered subspecies of wild horse native to the steppes of central Asia, specifically Mongolia. At one time extinct in the wild, it has been reintroduced to its native habitat in Mongolia at the Khustain Nuruu National Park, Takhin Tal Nature Reserve, and Khomiin Tal.

Most “wild” horses today, such as the American Mustang or the Australian Brumby, are actually feral horses descended from domesticated animals that escaped and adapted to life in the wild. In contrast, Przewalski’s horse has never been domesticated and remains a truly wild animal today.  The Przewalski’s horse is considered the only remaining truly wild horse in the world.

This piece revolves around the return of the wild horse from near extinction to a new world after many years of being away from its natural habitat. The present appears as a dream as it struggles to replace what it knew about this world. And the yellow little horse wants to fly again through the high steppes of Asia, despite the modern world.
~
The background music is very particular and native to this area which includes “throat singing” by Huun Huur Tu. Throat singing is a form of vocalization in which the singer manipulates multiple notes at once — the resonances (or formants) created as air travels from the lungs through the vocal folds and out of the lips to produce a melody.

Autumn in P’town from PIX IN MOTION by Leo Bar on Vimeo.

Filmed on Cape Cod, Massachusetts. Provincetown is at the very end of the cape, surrounded by water.
More info about P-Town @ http://en.wikipedia.org/wiki/Provincetown,_Massachusetts
Music: Flare by Doemee :: http://www.jamendo.com/en/artist/351564/doemee – – Remix by Leo Bar

New York Dream from PIX IN MOTION by Leo Bar on Vimeo.

A whimsical look at NYC from some choice angles and locations. The theme revolves around dreams by park “sleepers” and their fantasies.

Special thanks to Ed Yourdon at http://www.flickr.com/photos/yourdon/  for some unusual photographs of the city and its people. Some time lapses are from stock footage. Others are pseudo time lapses, some are real 🙂

When the struggle for supremacy between Winter and Autumn – night and day begins to unfold, we can witness amazing events, light, darkness, cold, fog, mist and colors. These are observations beginning with early twilight prior to sunrise and continuing as the day progresses, offering us the richness and beauty of the season.
I hope you’re having a peaceful Autumn, and are getting ready for the Winter.

My thanksgiving wishes to all, for a beautiful season,

Let the images tell the tale… This piece is left to your imagination = interpretation.

A very different and difficult piece to produce. It contains at times 6-7 video tracks plus 2 audio tracks. Time consuming and took forever to render once all the clips were in place. I tried to give it a grainy, dreamy look, used a lot of diffusion, coloring with blue and orange when appropriate. This piece contains segments using blue screen (chroma key) and superimposition of composites.

Hope you enjoy (?) this nightmare and if not, at least enjoy the beautiful piano composition and playing.
Leo

After reviewing the more than 500 stills taken and crying over the unreadable memory card with more than 4 Gigs of video lost, here’s the second piece on the Arizona desert. I concentrated on showing the brief time during which the desert explodes in color. Every plant, cactus, tree and shrub blooms for a period varying from 7 to 15 days. And then goes into the process of creating its fruits and seeds to allow them to procreate and spread their species. Birds, rodents, bees, insects and wind aid the desert plants to spread their seed and pollen, while attempting to exist, live and grow in an extreme climate.

In this piece I paid special attention to show the contrast of color and nature of some very unusual flowers emanating from huge saguaro cacti and other times from puny shrubs. Every plant flaunts its own version of excitement and compete to attract the organism or element that will disseminate their species.

Split screens, animations, and paintings were included to create a multimedia sensory effect. All other credits can be found at the end of the video

When the desert blooms in May-June it's a spectacle like no other. Every plant and tree that appeared to be sleeping and shriveled, explodes in a multicolored palette as if in competition with each other. Stills and video were recorded in May-June, 2012 in the State of Arizona – Here are some of the locales: Sedona, Oak Creek Canyon, Scottsdale, Phoenix, Papago Park, Desert Botanical Gardens and Cave Creek.
Enjoy the flora (and fauna),

This is one more chapter in the New York City vintage collection. It concentrates on capturing the faces and expressions of the average and not so average New Yorker. Several celebrities are caught in the act while posing for the camera. Also captured in their amazement are brand new immigrants from places around the globe.

The construction of this production started with the concept of pinning the Statue of Liberty as the centerpiece and “most recognized face” of NYC. From then on I used old films and a fair amount of Vivian Maier’s candid photographs that capture the human condition so well. Some images may be slightly distorted since they had to be reformatted to comply with the 16:9 wide format.

This short piece contains street photographs taken by Vivian Maier, an American of French and Austro-Hungarian extraction, amateur photo-bug and nanny. The photographs were discovered in a thrift auction house on Chicago’s Northwest Side in 2007. She actually appears in one sequence, taking a self portrait against a mirror or window. Many of the scenes revolve around the Statue of Liberty, presenting very unusual angles and takes. There are also famous celebrities faces caught as they were doing "their thing".
Enjoy the ride,
Leo

The scenes from this video were filmed over a period of 4 days while rambling through the Arizona desert. Sedona is one of the most beautiful settings in Arizona, if not the whole USA. I tried to capture the scenery, its art (known to be the home to many artists, sculptors and painters) and the breathtaking views of the famous red cliffs. As I watch the end product, I didn’t even come close to reflect the full beauty of this place – due to some unfortunate event… In the process of trying to edit a clip, I had one of my memory cards with 4 Gigabytes of video footage go totally bad on me. I tried for hours using software and different card readers (including toward the end a hammer) to recover its contents to no avail. Just bad luck!

The temperatures while shooting were in the high 90’s and many times exceeded 100 F. Not too much fun, despite having gotten out early and staying late in the day to avoid dehydration and sunstroke. Just too darn hot, especially when we were coming from Massachusetts where the temps were in the 40’s (ah!).

Scenery and art from National Parks and the region around Sedona, Arizona. Filmed and photographed in early May 2012. Sedona is known for its majestic red cliffs and mountains. Spectacular scenery surrounds an urban number of towns in the midst of nature, canyons and National Parks.
~

Pix In Motion by Leo Bar
Create a free website or blog at WordPress.com.